slot malaysia
Hit enter to search or ESC to close 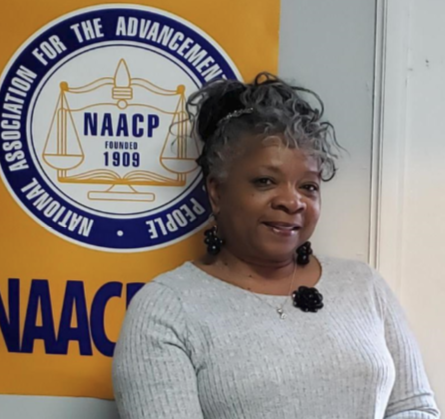 The second daughter of the late Rev.Dr. Benjamin J. & Mrs. Lydia W. Glover. She was born in Charleston, SC, Feb. 6, 1954; resides in Columbia S.C. Ms. Glover is one of the first 11 students to integrate the public schools in the state of SC. The city of Charleston was the first city of the state to integrate. James Simons Elementary of Charleston, S.C. 1963 was the school she integrated; finishing high school at CA Johnson High/Columbia, SC continued her education at Wilberforce University, graduated with a BS degree in Early Childhood Education from Benedict College, Columbia, SC.

She has taught in the public school system of Columbia as an Assistant Teacher and as a Pre-school Teacher in a private school. Ms. Glover has a list of volunteerism. At a young age Oveta owned her own restaurant and lounge business in Columbia, S.C. She adores entertaining and believes that a smile will carry you a long distance.

She is a member of several civic organizations. When she resided in Charleston 1982-1985 she was employed with Charleston County School District and placed as a long term substitute during that time she began an organization “Lady Teens, Inc” that encouraged young ladies to listen, learn and think about themselves and how they fit into the society around them.Presently the founder and president of F.U.N.D.S., Inc 501 c (3) non-profit organization that was founded in 1997. The organization is the first to implement the Annual Statewide Black History Parade and Festival which is an educational event; motto: Education Through Entertainment.

She is also an author; “ACOLYTE MINISTRY IN THE AFRICAN AMERICAN CHURCH” a manual for teaching the Acolyte ministry.

She has received the Key to the City of Charleston SC from the Charleston County School Superintendent and the Proclamation from Charleston Mayor Joe Riley and City Council and also the key to the City of Columbia for 16 years producing the KARAMU! Annual Black History Parade and festival held at the MLK Park.

Her motto is “the greatest gift of all is LOVE through education and God’s will; You listen, You learn, You teach, You love”.